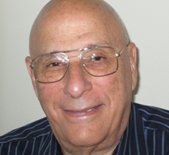 Mr. Brent served as a Municipal Judge in California. Prior to retiring, he was licensed as a Lawyer and Certified Public Accountant in the states of New York and California. In addition to being a Lawyer, Engineer, C.P.A., and Judge, he also was a producer of motion pictures and television shows.

He has studied the relationship between the ever-growing human population, the earth and its finite resources, and the future of humanity for over 50 years.

An expert in the mathematics of compound growth and its relationship to population growth, he has made himself an expert in the resources used by humanity to maintain the current and future population levels, and how those resources are used to maintain civilization. Mr. Brent has extensively studied the writings of others concerned with the problem of exhaustion of resources, recycling of resources, the availability of obtaining new resources, and items of a similar nature.

Jason Brent presents his chilling findings and a solution for survival, in Humans: An Endangered Species